The Covington Buccaneers field a youthful roster in 2022, but there is plenty of excitement from a group of kids who look to build on the core values established a year ago.

COVINGTON – The Covington Buccaneers are coming off of a 1-9 season a year ago where it lost six quality seniors to graduation; Jensen Wagoner, Connor Sindelir, Jake Dilley, Ricky Stephan, Cam Kirker and Landon LaPoint.

“It was a transition year and there was a lot of learning between players and coaches,” said second-year Buccaneer coach Austin Morgan. “It was a year to build a groundwork for the future of the program.”

The Buccs enter the 2022 season with a youthful roster once again, as ten players return who were on the roster a year ago. Still, coach Morgan is extremely excited to see the growth and development of his young team over the course of the season.

“Yes, we will be a very young team this year and it will be a lot of learning and growing,” said Morgan. “The goal for the Buccs in 2022 is to maximize the ability of everyone in our program as people and players.”

The Buccaneers hit the practice field on a high note after a very productive offseason.

“In our offseason program, we’ve been lifting three days a week since December, and it has been awesome,” Morgan said. “We’ve had a lot of guys show leadership in there and we lift at six in the morning.”

Morrison has emerged as the team leader.

“Brian has been there and I don’t think he missed a day in the weight room,” said Morgan. “He’s an example of the kids who do things the right way.”

Leistner and sophomore Jack Blumenstock have made huge strides throughout the offseason and hope to have a huge impact in 2022.

“The Garrett Leistner’s and Jack Blumenstock’s, those type of kids look so much stronger because they never miss – they show up all the time,” Morgan explained. “They not only look stronger, but looking at the numbers, they are stronger.”

Another key player returning is junior Derrick Meyer, who is slated to play at wideout and outside linebacker. Meyer suffered a major injury a year ago, but his hard work and determination led to a quick recovery.

“Derrick Meyer, he hurt his knee last year,” Morgan said. “It stunk for us and him because it happened in day one of practice last year, I think in June. But he’s had one of the fastest recoveries I’ve seen. I think the main reason why was because of his urgency. He couldn’t stand not playing.”

Senior DeAnthony Bennett, who played as a sophomore, also returns to give the Buccaneers a dangerous weapon in the backfield and in the secondary. Senior Tyler Basye, who last played as a freshman in 2019, is back in uniform as well.

The remainder of the roster is filled with youthful and inexperienced players, but kids who have worked extremely hard and are chomping at the bit to earn playing time. This has made the competition on the practice field fierce.

“Every kid has a ton of potential in them,” Morgan explained. “The hard part is getting it out of them. It takes a lot of work, a lot of time and a lot of effort, a lot of strain and discomfort to get that maximize out of them. That’s one of our goals this at the end of this year, ‘Did you maximize the player that you are, and the person too?’.”

Yes, the Buccaneers are extremely young for the second straight season, but the potential is there for building the program back to prominence in the near future. 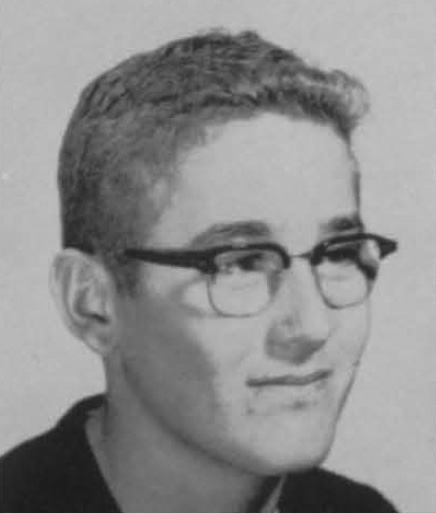 Tribute To A Fallen Covington Buccaneer…
One tragic incident darkened the 1959 Covington football season. Dave Murray, a stellar performer, suffered an injury and passed away on September 5, 1059. Medical research determined a previous injury, not directly related to football. However, the Boosters Club provided a lasting tribute to Dave Murray at the west end of Smith Field, with a flag pole embedded in a memorial base. The pictures of the 2022 football team were taken at the base of the flag pole in honor of Dave Murray and what he means to the tradition of Buccaneer football.