2005 COVINGTON BUCCANEERS - A SEASON FOR OUR BROTHER

The Buccs returned Covington football back to its winning ways, but more importantly they honored a teammate and brother.

The 2005 football season was one of the most tragic seasons in school history, and yet one of the most memorable seasons in school history. It brings back painful memories for those who remember 1959, 1991, and 2000. In each of those seasons the Buccaneer faithful lost a member of the family in tragic accidents and in 2005 the Buccs lost a brother in #28, Dan “The Man” Rindler.

Much like the teams did in those years previously mentioned, the 2005 Buccaneers dedicated their season to their teammate who was taken from them far too soon.

Although the Buccs finished with a very admirable 9-1 regular season record, a share of the conference title, and a birth in the state playoffs, the season wasn’t about wins and losses. The season was more about brotherhood and togetherness as the entire roster came together for one purpose, to play for Dan.

The Buccs opened the season with heavy hearts, but managed to make quick work of Miami East, 43-8. Covington racked up 341 yards of total offense, 100 yards coming from senior Dusty Kimmel in his first ever high school football game.

In the home opener against Tri-County North, the Buccs recorded a memorable 40-7 win over the Panthers. The Buccs were sparked by winning the coin toss for the for the first time in two years as the Rindler family was chosen as honorary captains for the game as suggested by sophomore lineman J.J. Thompson.

“That was a very nice suggestion by J.J.,” said coach Kevin Finfrock at the time. “Wouldn’t you know it, it was the first time in two years we won the coin toss? Dan is with us and will always be with us, every step of the way. His parents are very special to us and our kids. We really miss Dan.”

After the emotional win over North, Covington couldn’t keep the momentum going the next week as Anna handed the Buccs their lone loss of the regular season, 26-8. The Buccs failed to score inside the Anna five on three occasions and dropped the contest despite holding a statistical advantage in virtually every category and Gene Studebaker’s 177 rushing yards.

Covington got back on track in week four with a 48-0 shellacking of Twin Valley South on homecoming night. Studebaker and Kimmel both went over the 100-yard barrier with 187 and 119 yards respectively. Sophomore Brock Iddings also had a break-out game with 70 rushing yards and an interception.

The Buccaneer express kept rolling in week five with a 42-7 win over National Trail. Studebaker and Kimmel combined for 242 rushing yards in three quarters as the Buccs dominated their out-manned conference foe.

Perhaps Covington’s most impressive performance of the season came in week six in a 63-12 win over Ansonia. The Buccs recorded the fifth highest rushing total in school history with 435 yards on the ground. Kimmel ran for 190 yards and Studebaker broke loose for 134 yards as the Buccs scored at will on the Tiger defense.

The Buccs’ biggest win of the season came in week seven against unbeaten Arcanum. In a physical, hard-fought game that could have went either way, Covington snatched victory from the jaws of defeat with 1:00 left on a Studebaker to Seth Mohler pass and then a two-point conversion by Studebaker for a come-from-behind 30-28 win. Gene took over the contest as he recorded 177 rushing yards and had a hand in all four Buccaneer touchdowns, two rushing and two passing.

In week eight the Buccs avenged perhaps their most embarrassing defeat from a year ago with a 49-21 win over Mississinawa Valley. Dusty Kimmel ran possessed with 290 yards on just 19 carries as Covington racked up 471 rushing yards, the third highest ever in school history.

The Buccs dodged a bullet in week nine in a sloppy affair with Bethel. In a game where the rain poured down and the field became a sloppy mess, Covington came back from a 7-0 half time deficit to score 12 second half points and escape with the win. The host Bees threatened to score with seconds left in the contest, but a Nick Christian tackle for a loss set up a fetal passing attempt that was picked off by Logan Brown in the end zone to preserve the win.

In the final week of the regular season the Buccs got a little more payback, this time against long-time rival Bradford. Behind a 286-yard rushing performance by Studebaker, Covington trounced the Railroaders on “Parent’s Night” to earn a share of the conference title.

The season ended the following week in the first round of the state play-offs against Delphos St. John’s, but the Buccaneers had already re-established the winning tradition of Covington football in the ten weeks prior.

The 2005 Buccaneers added to the Covington record books as Gene Studebaker set the all-time single season rushing record with 1726 yards. The Buccs also recorded the second best rushing total for a season with 3,594 yards and the third best season for total yards with 4,418 yards.

Yes, 2005 was a memorable season and one that will go down in Buccaneer history as one of the better seasons in school history. It will also go down as a season in which the young men who wore the black and white played the game for one purpose…to honor Dan “The Man” Rindler. 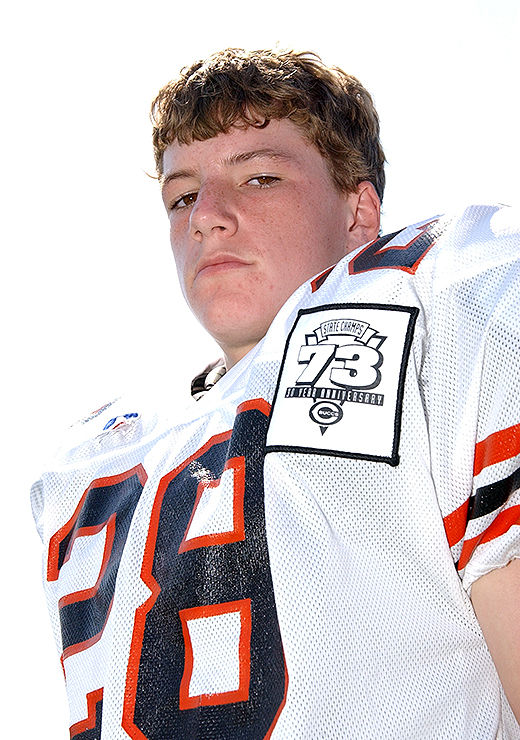 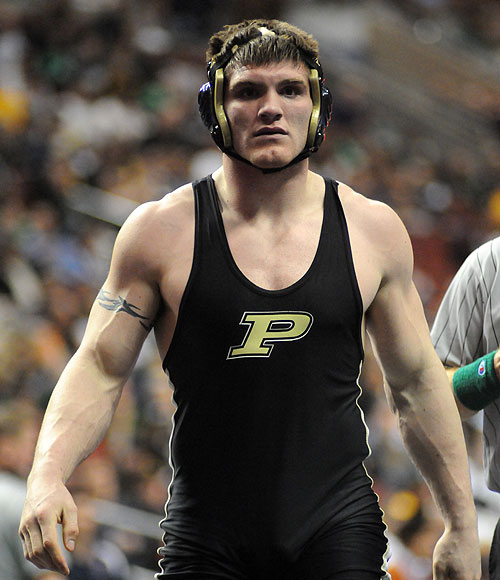 LOGAN BROWN BECOMES 4X NCAA QUALIFIER
Logan Brown, a senior on the 2005 football team and a 2006 Covington Graduate, went on to wrestle at Purdue University where he became a four-time NCAA National Qualifier at 197 pounds. In 2006, Logan became the first Buccaneer wrestler to win a state championship as he went 52-0 on the season at 189 pounds. He was a three-sport athlete at Covington, also excelling in football and baseball. On the football field at Covington, Logan earned 2nd Team All-Ohio honors, was chosen 2st Team All-Southwest District and was named the Lineman of the Year in the Cross County Conference. 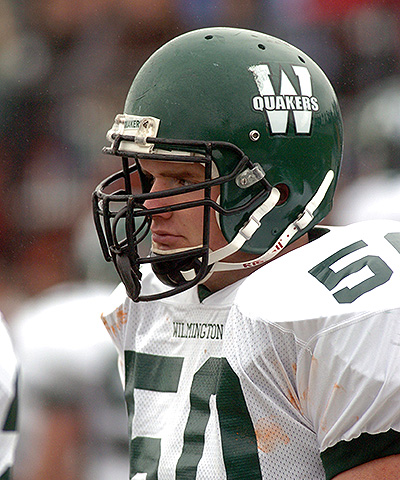 CJ POTTER PLAYS AT WILMINGTON
2006 Covington graduate CJ Potter continued his football career at the collegiate level at Wilmington College. Potter was a three-year letterman and a standout offensive and defensive lineman for the Buccaneers. At Wilmington, Potter played on the offensive line for the Quakers.