It’s hard to stay on top forever, as the 1981 Covington Buccaneers found out.

Over the past three seasons, the Buccs have accumulated a 29-3-2 record, including two trips to the state playoffs and one trip to the state finals two years ago.

But, the players who sparked the Buccs through the past three years are gone and a new group of young players have taken over. Gone are the Schmidts, Finfrock, Tobiases, Manson, and and a new bread of Buccaneers are setting the foundation for the future.

The Buccs opened the season with a 0-0 tie to the always tough, Tipp City Red Devils. The fact that the Buccs held Tipp scoreless showed positive signs as the Red Devils were one of the early favorites to challenge for the Southwest Rivers Conference Championship.

Covington gained its first win of the season in week two with a 6-0 win over Eaton in another defensive struggle. It was clear the retooled offense for the Buccs was still finding their way, while the defense continued to dominate.

The Buccs recorded their second win of the season against rival Bradford in week two, 17-14. Alway a bitter rivalry, the Covington utilized its powerful ground attack to frustrate the Railroaders and come up with the win.

Covington suffered its first regular season loss in three years against Springfield Catholic Central a week later. The 20-7 defeat was Covington’s first conference loss and with league opponents like Versailles , Graham and Miami East on the horizon, the Buccs couldn’t afford any more slip-ups if they wanted to extend their post-season streak to three years.

The Buccs rebounded in week five with a 16-6 win over Lehman. Again, the Covington defense dominated and the offense scored just enough points to gain the win.

All hope of a Southwest Rivers Conference Title was dashed in week six against the powerful Versailles Tigers. Al Hetrick’s squad thoroughly dominate Covington for a 21-0 shutout win.

Looking to take some momentum into next season, the Buccs ran into a powerful Miami East team and were dominated 28-7.

Covington finished the season at 6-3-1, but set the foundation for good things to come. 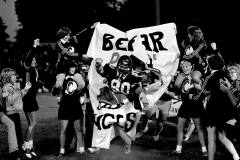 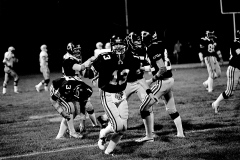 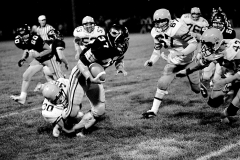 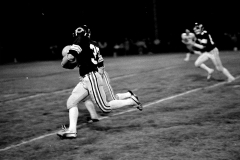 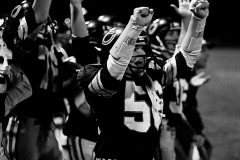 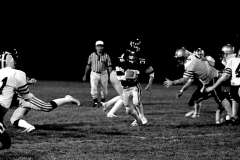 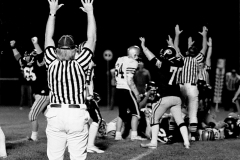 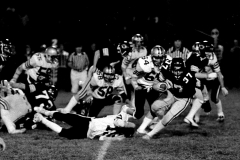 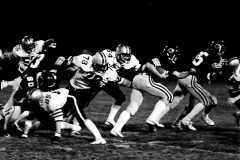 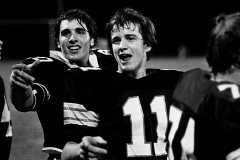