New coach Austin Morgan set the foundation of building a culture he hopes will bring the Covington football program back to prominence.

The 2021 season was one of transition for Covington football as new coach Austin Morgan set the framework for building a culture he hopes will lead the Buccaneers back to traditional success.

When hired in April as the 17th coach in program history, Morgan emphasized the values needed to take the program to the next level.

“Our core values is hard work, tough, humble and being unselfish,” said Morgan in regards to the foundation of what it takes to be successful. “Toughness is developed first in them weight room. Toughness isn’t about bashing your head against the wall or how much you can bench. Toughness is when things are hard, can you persevere and push through.”

The 2021 Buccaneers faced adversity from the outset as numbers dwindled to 30 players on the roster with just 11 of those players being juniors or seniors. Injuries followed throughout the season, which forced more and more younger players into the lineup on a weekly basis.

It all led to a 1-9 record on the season with the lone win coming in week five against Bethel, 26-21. But the record doesn’t tell the entire story of a team who battled through hard times and came out in the end much better and more experienced than they were when the season started.

Covington began the season with two straight defeats to St. Henry and Mechanicsburg – two teams who were much more experienced than the young Buccaneers. Still, there were signs of resiliency and determination by Covington in this contests that led to optimism.

Positive results started to materialize in week three in a 42-25 loss to Fort Loramie after the Redskins built a 35-0 halftime lead where every bad situation seemed to be snowballing on the Buccs. But Covington showed grit in the second half by outscoring Fort Loramie 25-7 – a run ignited by freshman Izaiah Sherman’s 88-yard kickoff return to start the second half.

Unfortunately for the Buccs, the following game against Troy Christian was one of extreme frustration as the kids and coaches were embarrassed by the performance in a 44-0 defeat. It was really the only game of the season where the “fight” wasn’t there for four quarters.

In the grand scheme of things, the Troy Christian game may have been the turning point for the program as the Buccaneers fought their tails off the remainder of the season.

The Buccaneers were rewarded for their “fight” with a victory over Bethel in a game where only three seniors were available due to injuries. The younger kids like freshen Izaiah Sherman, Garrett Leistner and Christian Jarvis, along with sophomore Mason Saunders stepped up big time to help lead Covington to victory.

Three of the next four weeks the Buccaneers played the top three teams in the newly formed TRC, but battled hard despite defeats by wide margins. In the middle of that gauntlet, the Buccaneers let one slip away in week eight against Lehman Catholic, 26-13. It wasn’t due to a lack of effort, but rather missed opportunities and youthful mistakes at critical times.

Covington closed out the season at rival Miami East in week ten where the Buccaneers turned the ball over seven times in a 30-9 defeat. Again, it wasn’t a lack of effort that was Covington’s downfall, but missed opportunities and mistakes.

In the end, the kids on the 2021 football team should not be judged by the 1-9 record – especially the six seniors who set the standard for the future – Connor Sindelir, Cam Kirker, Ricky Stephan, Jensen Wagoner, Jake Dilley and Landon LaPoint.

Instead, they should be judged by the type of success the program has in the next three to four years.

Because it takes time to build a culture. 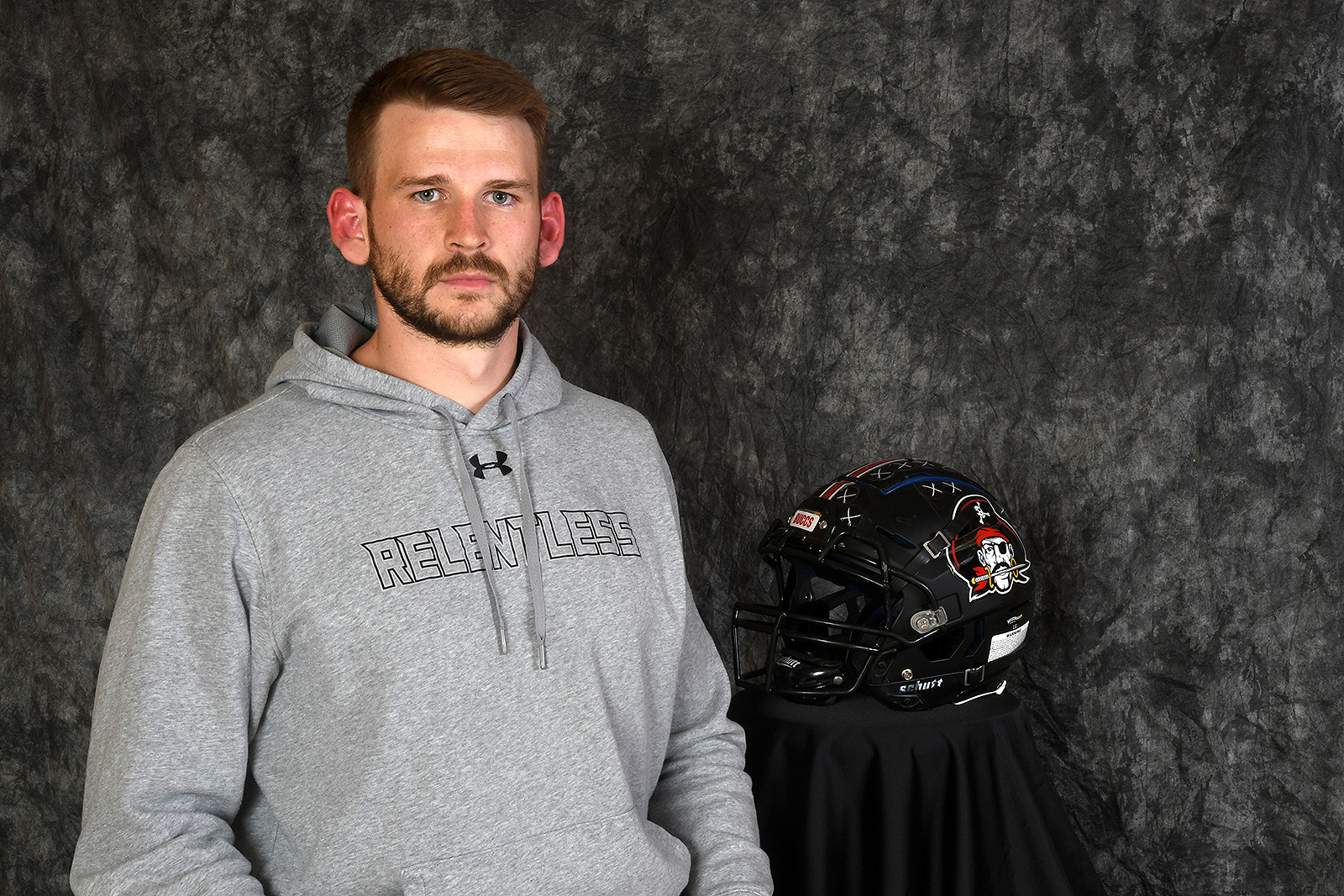 INTRODUCING COACH MORGAN
Covington found its 17th head coach in Buccaneer football history, Austin Morgan, who is extremely passionate about the game and the life lessons it teaches the young men who play.