Under the guidance of first year Head Coach, Bob Wion, and Assistant Coach, Blair Irvin, the 1953 Covington Buccaneers had a fine season. This year Covington ran up against stiffer opposition due to the fact they played independent football. However, their change from a straight T to the split T formation made for a speedier offense and brought them to a record of six wins and three defeats.

Coming off of a perfect season in 1952 under former coach Paul Devine, the Buccs started out very well as they opened with two straight wins; a 38-0 victory over Enon and a 32-14 win over Piqua Catholic.

Covington rebounded the following week with a 27-13 win over Versailles and then squeaked out a 13-6 win over West Milton.

Tipp City handed the Buccs their final defeat of the season in a close battle. Covington managed to score 26 points on the evening, but surrendered 30 points to the powerful Tipp City offense.

With the losses behind them, the Buccs closed out the season the way they started; with two straight wins. This time the wins came against rival Bradford, 13-6, and Brookville, 18-14. 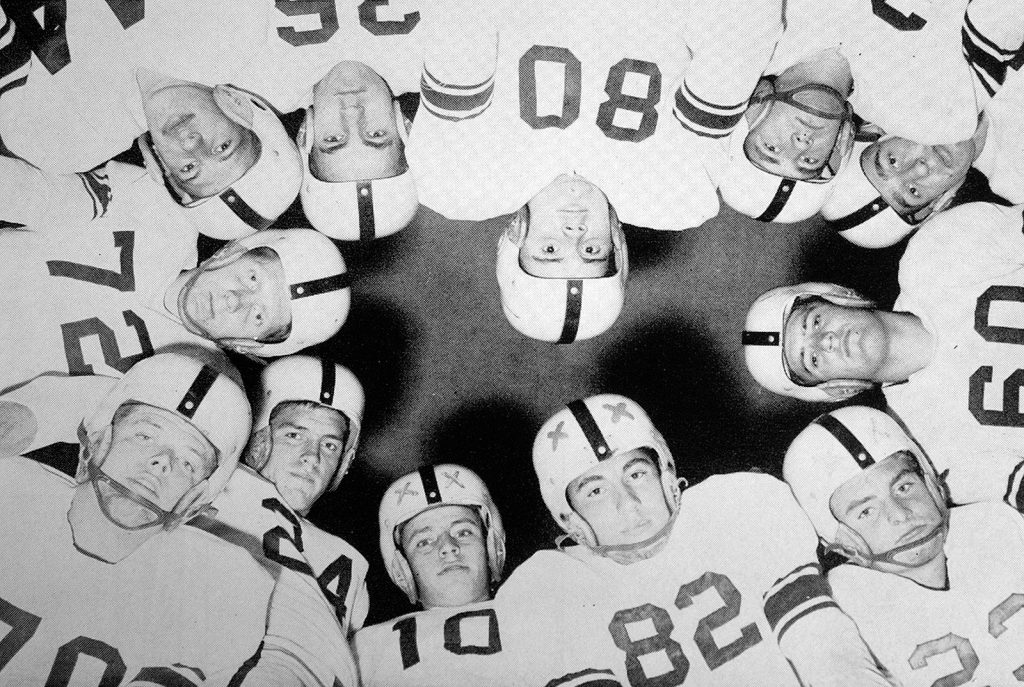