The Covington Buccaneers had the talent, experience and numbers to achieve lofty goals in 2019 and the end results kept the tradition of excellence alive.

The Covington Buccaneers had the talent, experience and numbers to achieve lofty goals in 2019 and the end results kept the tradition of excellence alive.

The Covington Buccaneers had high aspirations going into the 2019 season – and with good reason. After all, 28 of the 48 players on the roster are upperclassmen with 16 being seniors.

The the kids came through with a memorable campaign – fielding a 10-3 record and reaching the regional final game for the first time since 2012.

The Buccs opened the season with a very impressive 35-6 win at St. Henry, but self destructed in a 35-25 week two loss to Minster in the home opener.

Covington regrouped with a 48-0 win over Twin Valley South in a game that was called at the beginning of the third quarter due to weather. The Buccs scored their 48 points on 12 offensive plays to improve to 2-1 with a huge showdown against Fort Loramie awaiting in week four.

It was a classic, but the Buccaneers ran out of time in a 19-14 defeat to the Redskins. And much like in the Minster game, Covington committed mistakes it couldn’t overcome as two penalties negated touchdowns and one of Loramie’s touchdowns came on a 65-yard fumble return when Covington was driving the football down the field.

In spite of the miscues, the Buccaneers still had an opportunity to capture the win in the finals seconds. Unfortunately, a pass in left the corner of the end zone fell incomplete.

The loss was a painful one as it ultimately decided the league championship as Fort Loramie finished 8-0 in the league and Covington finished 7-1.

Still, the Buccaneers didn’t let the misstep define their season and the rolled off six straight wins – all in impressive fashion – to qualify for the state playoffs.

First, the Buccs throttled Ansonia 48-6. The Tigers were 3-1 at the time and coming off of a state playoff appearance in 2018.

Covington then took care of business with another state playoff team from a year ago with a 35-13 win over Miami East. Yes, Miami East fielded a young football team, but were still a well-coached, formidable foe.

The Buccaneers followed with a 75-0 destruction of National Trail to set up a week-eight showdown at unbeaten Arcanum.

And with huge playoff points up for grabs, Covington thoroughly dominated the Trojans en route to a 57-0 victory. This defeat devastated the Trojans as they never recovered and dropped their remaining two games to end their playoff hopes.

Heading into week nine, the playoff seedings for Region 24 were a jumbled mess as 16 teams were still in contention for the eight playoff spots.

This wasn’t ideal for Covington as the two remaining opponents on the schedule had won a combined 3 games – meaning there weren’t many points to be had.

But the Buccaneers did what they had to do by beating Tri-County North 74-6 and Bethel 47-6 to finish the regular season at 8-2 and let the playoff seeding work itself out.

And once the playoff seeds were announced on the Sunday following the season-finale win over Bethel, the Buccaneers found themselves miraculously earning the fourth seed in Region 24 and a home playoff game against Worthington Christian.

Pumped up for the playoff, Covington took control of the game early by jumping out to a 27-7 halftime lead.

But Worthington Christian battled back with a pair of touchdowns in the third quarter to cut the margin to 27-21 after three.

Covington responded with the back breaker, taking advantage of a big defensive stop with a four-yard scoring run by quarterback Cade Schmelzer to take a 33-21 lead.

Worthington Christian was able to score late, but Covington held on for the 33-27 win.

This set up showdown with the top seeded Panthers of Chillicothe Southeastern, who entered the game fielding a 13-0 record.

Things started bleak for Covington as Southeastern took an 8-0 lead in the opening moments of the game. To make matters worse for the Buccs, senior standouts Brayden Wiggins and Andrew Cates went down with injuries that ultimately ended their high school careers.

Then, after a Panthers score, Covington put the game away with two more touchdown runs by Alexander – sealing the 36-20 win.

The memorable season came to an end the following week in the regional final at Piqua as Mechanicsburg handed the Buccs a 42-26 defeat.

Still, the 2019 team close out a great decade of football with yet another excellent season. In all, Covington qualified for the state playoff nine times in the decade. 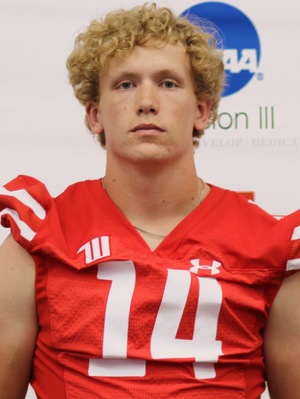 CADE SCHMELZER
Cade Schmelzer set many passing records during this career at Covington High School with the most passing yards in a career with 5182, most passing touchdowns in a career with 55 and most passing yards in a season with 2233. He went on to play collegiately at Wittenburg University. His first season was cancelled due to the Covid-19 Pandemic, but Schmelzer saw playing time at defensive back in 2021 as a sophomore. He is now in his junior season at Wittenberg. 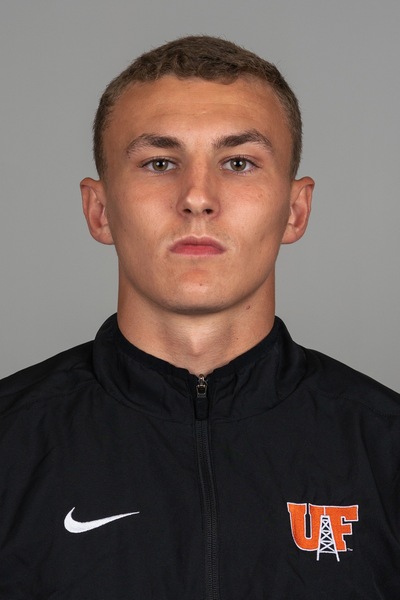 ANDREW CATES
After a stellar high school career at Covington, Andrew went on to play collage football at the University of Findlay where he played wide receiver for the Oilers. At Covington Cates set records for most career receiving yards with 1832 and career receptions with 103.