NOVEMBER. 23, 1979 – AKRON
One series into the first overtime it appeared as though the Covington Buccaneers were a team of destiny. After all, they had to come back twice to send the state championship game into overtime and gained their first lead of the game on a Dave Tobias 7-yard run.

It wasn’t meant to be, however, as Mogadore scored on a 1-yard pass play to tie the score and then a 20-yard run by Brian Gilchrist for the win.

“We were blitzing and they called a draw play,” said Covington coach Larrie Tisdale. “It was the wrong call at the right time and they burned us.”

Mogadore got on the scoreboard first as Gilchrist scored on a 19-yard run. Tom Pollock connected on the extra point to give the Wildcats an early 7-0 lead.

The Buccs had difficulty moving the ball themselves. After the ensuing kickoff they failed to gain a first down and Mogadore got the back right back.

The Wildcats moved methodically down the field and reached the Covington 9-yard line. The Buccaneer’ defense stiffened, stopping Mogadore’s Steve Lutz on fourth down to end the threat.

On the next play, the Buccaneer’ offense received a big lift thanks to the legs of Joe Schmidt. Schmidt took the pitchout from Dave Tobias, received lead blocks from his brother Rick and Jeff Cain, and outran the entire field for a state record 91-yard touchdown run. Tobias tied the score at 7 on the extra point attempt.

“It was just a regular sweep that we have been running all season,” said Schmidt who finished with 130 yards rushing on the day. “Jeff Cain, who has done a great job blocking all year, made a super block on the cornerback and Rick held off the linebacker.”

Disaster almost struck on the ensuing kickoff. As the Buccaneer bench was celebrating Schmidt’s run, Mogadore’s Brian Carlton raced 95-yards for an apparent touchdown. The Wildcats were called for clipping and the score remained 7-7, where it would stand until the half.

The game remained deadlock at 7-7 until 7:11 remaining in regulation. Pollock nailed a 23-yard field goal to put the Wildcats on top once again, 10-7.

With time against them, the Buccs needed a defensive stand to get the ball back with under 4:00 to play. Dave Tobias picked off a Kevin Gassaway pass and set the Buccs up in position to make a run at the end zone.

The Buccs drove deep into Mogadore territory, but were forced to settle for a field goal and send the game into overtime. Tobias drilled the 24-yard attempt with 18 seconds left on the clock to end regulation with the score tied at 10-10.

Covington received the ball first in the overtime and started at the Mogadore 20-yard line. On third and 10 from the 20, Tobias connected with Tom Manson for a first down to the 10. Two plays later, Tobias raced around the right side of the Wildcat defense for a 16-10 Buccaneer lead. The conversion kick failed, but a penalty gave the Buccs another attempt. Tobias connected on his second attempt and the Buccs were one play away from a state title.

Mogadore scored on their overtime possession and then stopped the Buccs in the second overtime. Gilchrist’s historical 20-yard run ended the dream.

25 YEARS LATER…
The memory of the 1979 State Championship game still sticks with those that played. Here are some quotes from two of the players that played in the Akron Rubber Bowl.

“I was the last guy that had a shot at him (Brian Gilchrist),” said Dave Tobias of the final play. “I’ll never forget that feeling as I watched him cross the goal line and celebrate.”

“People say to me how it must have been great to go that far”, says Joe Schmidt. “But the one thing that still sticks in my crawl is we didn’t win that game. It bothers me to this day that I lost my last game in high school. I’ve never gotten over that.”

BELOW IS A GALLERY OF THE 1979 STATE CHAMPIONSHIP GAME. CLICK ON THE THUMBNAILS TO ENLARGE THE PHOTOS. 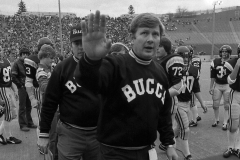 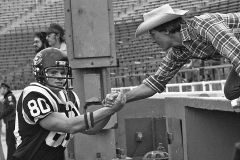 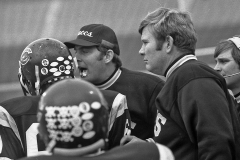 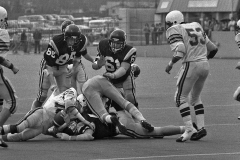 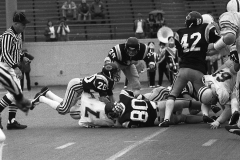 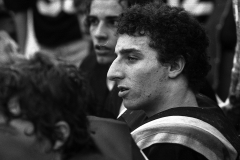 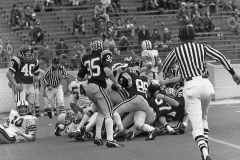 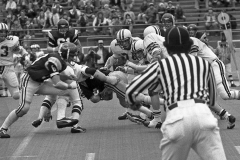 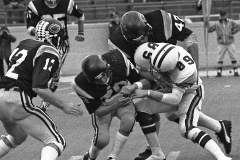 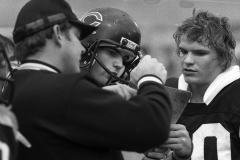 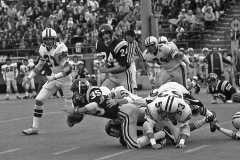 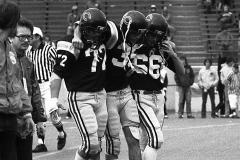 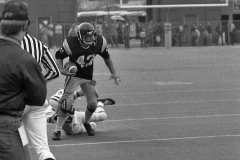 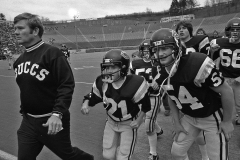 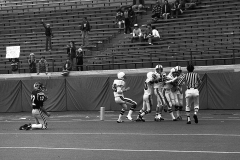 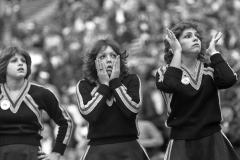